No matter how many marketing fads will come and go, the one marketing strategy tactic that never fails to drive engagement is a Twitter contest. It’s one of the best ways to build a buzz around your brand, attract a new audience and reward your loyal followers.

But running a Twitter contest isn’t just about Tweeting out a prize and counting the number of Retweets. You have to follow certain contest guidelines, avoid entry rules that are too easy to game, come up with brilliant contest ideas and much more.

It’s a lot to take in, especially if you’re new to it all.

This post gives you a detailed guideline on how you can launch a winning Twitter giveaway contest–starting from choosing a contest type to measuring your results. Let’s dive in.

Before you begin, you want to make sure you don’t break the rules when running a Twitter contest. Understand the official Twitter guidelines for promotions so you can get a strong start and kick off your preparation.

Here are a few key points you should keep in mind before launching a Twitter giveaway:

Encourage participants to use your contest hashtags only with Tweets relevant to the hashtag topic. Otherwise, they could be in violation of the Twitter rules. Asking people to Retweet the original contest post usually solves this problem (but more on this later).

Include a rule that clearly states that each individual may only use a single account to enter the contest. Anyone caught using multiple accounts to enter will automatically be ineligible. Plus, they could even risk getting their accounts suspended.
Avoid setting rules that encourage users to post multiple duplicate updates. For example, don’t set a rule stating that whoever Retweets the most wins the giveaway. Otherwise, Twitter will automatically filter them out of search. Make sure you specify that you won’t accept multiple entries on the same day.

In addition to these key Twitter contest rules, there may be other laws and regulations to comply with depending on where your business is located or which industry you’re in. Just be sure to keep your legal team in the loop to avoid being in violation of any rules and regulations.

Now that we’ve established the ground rules, let’s get down to the actual steps and best practices for launching a Twitter contest. Here’s what you have to do to make sure that your Twitter competitions are always a success:

1. Define your goal from the start

As with every other social media contest, Twitter competitions also begin with a clearly-defined goal. What’s the main purpose of this contest? What do you wish to gain out of it? This should be highly specific and measurable so you understand the impact of your Twitter contest.

Do you want to gain more followers? If so, how many? Perhaps you want to promote a new product or feature or you just want to increase brand awareness. In this case, how many impressions should you shoot for?

In addition, having a clear goal also helps you decide what type of contest to run. So this is a critical first step that you should never skip.

One of the key requirements of a successful Twitter giveaway is that you choose a valuable prize. Here, “valuable” doesn’t necessarily mean “expensive.” Rather, it’s all about choosing a prize that’s worth something to your followers and target audience. What prize would compel them to participate?

For example, Project Icarus ran a contest where participants could win a Rival 3 gaming mouse from SteelSeries. So even though the prize isn’t something that’s worth hundreds of dollars, it’s still relevant and attractive to the e-sports organization’s audience.

The Rival 3 is a stellar addition to your setup with “unreal levels of durabilty, a new performance-focused sensor, and redesigned brilliant Prism lighting.” pic.twitter.com/4aKMSQdbpz

Choosing the type of Twitter contest to run is probably the trickiest step, as you want to make sure that the giveaway helps you achieve your end goal. There are four main types of Twitter competitions you can run, with variations to each type based on your unique goal.

a) Retweet and follow – As the name suggests, this is the type of contest that requires participants to follow your brand on Twitter and Retweet your original contest post to enter. This is the easiest type of Twitter contest, as it doesn’t require any complicated steps for entry. So you’re likely to get a ton of entries.

This type of Twitter contest is great for increasing brand awareness, growing your following and gaining more impressions. But the low barrier for entry is also its biggest flaw, as it makes this type of contest easy to game. A few years back, Hunter Scott, a computer engineer, even built a bot to automatically enter him in Twitter contests.

When running a Retweet and follow contest, it’s crucial that you add another layer of rule to prevent bots from gaming your giveaway. Ask participants to add a comment, answer a question or even tag a certain number of friends to qualify.

b) Comment to enter – In some cases, brands may also run Twitter competitions in which participants only need to comment to enter. They don’t necessarily have to go through the whole process of liking the post, following the brand and Retweeting the post. This is an excellent way to drive engagement and possibly even boost visibility.

Lay’s, for example, ran a contest asking their followers to reply to their post with two hashtags for a chance to win a bag of its new Cheddar Jalapeño chips.

Points for San Francisco means it's time for a kickoff. Let’s put a little cheese on it. Reply with #CheesyWithAKick + #Entry and we may send you a bag of new Lay’s Cheddar Jalapeño chips! #SuperBowlLIV pic.twitter.com/PkWXe1knJL

c) Sweepstakes – If your main goal is to drive visitors to your website, consider running a sweepstakes contest. This involves creating an actual landing page with an entry form on your website and sharing the link on Twitter (or any social media platform). However, this type of contest might not do much to increase your brand reach as participants don’t always have to Retweet or comment to enter.

d) Photo contest – This is the best type of Twitter contest to launch if you want to drive user-generated content. For a photo contest, you ask participants to post a picture following a particular theme or topic and use your contest hashtag in the caption. For example, they could share a photo of a dish they’ve prepared using your product.

Chewy asked its followers to send a photo of their “speedy pups” for its #ChewyGameOn photo contest.

Sometimes the zoomies kick in & change the game. Send us a pic of your speedy pup right quick! Game’s fur speed ahead! 🐶💨 #ChewyGameOn #PuppyBowlXVI pic.twitter.com/30hW4GSMGq

e) Question and answer – Encourage participants to get creative with their entries to make sure that the prize goes to the most deserving. Ask a question and encourage your followers to submit their answers for a chance to win the giveaway. This could be anything from a trivia-based question to a story-based question, where participants have to tell their personal story based on a specific theme.

Want a chance to win a Little Caesars Box Seat and free pizza?

Easy to enter! 1. Follow @littlecaesars2. Tweet with #IWantALittleCaesarsBoxSeat + #Contest and tell us why you'd love to have this amazing box seat & free 🍕

4. Clearly define the rules for entry

It’s crucial when running a Twitter giveaway contest to be clear about the rules to participate. Come up with a set of rules based on the Twitter contest guidelines and the type of contest you want to run. And then specify these rules in your post so people know exactly what they need to do to enter the contest. Clearly defining the rules also helps you avoid any disputes later on.

If you have a lot of specific terms and conditions that won’t fit into a single Tweet, you could also add “*T&C’s apply” at the end of your Tweet like Wren Kitchens did for its Freebie Friday contest. But make sure you provide participants with either a link or an instruction to check those terms and conditions.

As it was National Toast Day yesterday, this week, we’re giving away a Smeg 50's Retro Style 4 Slice Toaster in Pink. 💗

Avoiding human bias is another crucial element for running a fair Twitter contest that provides every participant with an equal opportunity to win. Except for contests in which you ask people to submit creative comments or personal stories, you’ll need to randomly select a winner out of the hundreds or thousands of entries. And for that, you need a Twitter giveaway picker.

There are several options to choose from depending on the type of contest you’re running. For a contest in which the main rule is to Retweet your post, you could use a Twitter giveaway picker like Retweet Picker or Tweetdraw. 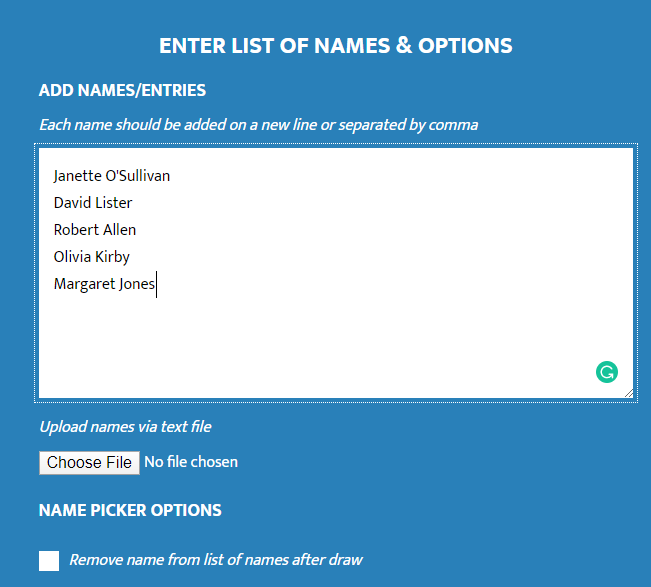 For a Twitter contest where you’ve asked people to submit their photos or answers using your hashtag, the Gleam Competitions app can help you make a fair decision.

How do you manage and measure the results of running Twitter competitions? For contests that involve responses from the participants, you’ll have to keep track of all the replies to your Tweet. This can be overwhelming, especially if you get thousands of responses and use the native app to sort through responses.

Using a social media management software such as Sprout Social, which includes Twitter integration and Smart Inbox, helps you manage and filter all replies in one place. This makes it much easier to manage your contest responses. You’ll be able to compile and read responses, so you can easily select a winner later on. 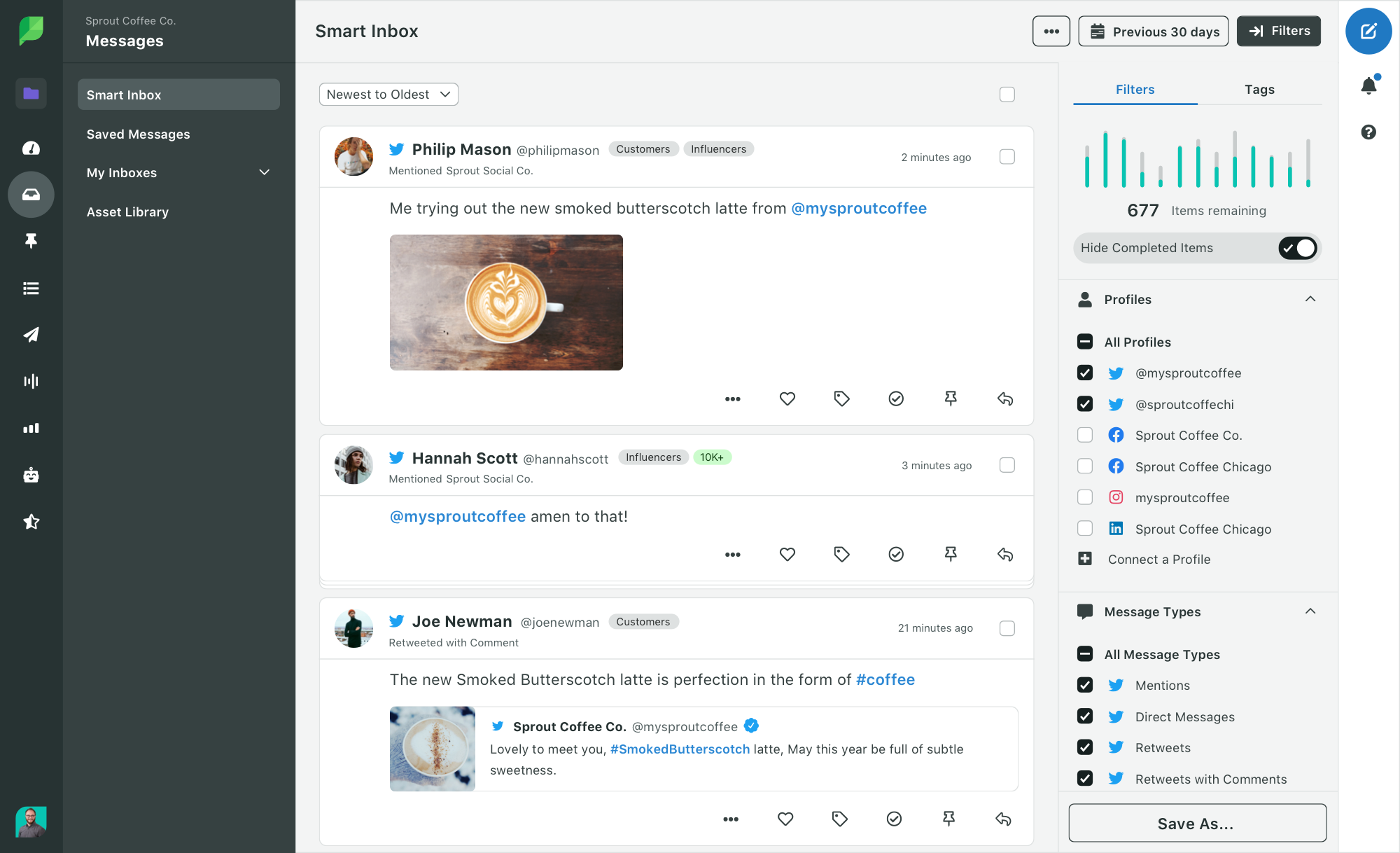 Measuring the impact of your contest also gets easier with Sprout’s Twitter advanced reports that come with the integration. Use this to measure campaign success and track your contest hashtags. You’ll even understand audience sentiment around the contest and measure other performance metrics.

When it comes to marketing on Twitter, running contests with attractive prizes is one of the best ways to drive engagement. The tips we’ve highlighted above can help you launch enticing contests to win over your target audience.

But don’t just stop there. It’s also crucial that you measure the success of your contest and its impact on your overall performance. This will provide you with valuable insights to fuel your future marketing strategies. If you need help with that, download our free social media templates to turn your historical Twitter data into something more actionable.